Data Investigation: How Green is Toronto?

#ActiveTO #CycleTO #CafeTO #PhysicalDistancing. These are all familiar hashtags that we’ve seen over the summer in Toronto. The messaging is clear: “Get outside, but maintain physical distancing.” This is sound advice, indeed. Being outside can help with promoting focus, relieving anxiety, and encouraging active lifestyles.

Given that Canadian summers are short and precious, being outside allows us to soak up the much needed vitamin D! At the same time, in light of the on-going pandemic, we must continue to stay 6 feet apart to help flatten the curve and delay and/or reduce the impact of a second wave.

Ontario has been under emergency orders for much of 2020, forcing many businesses and restaurants to either temporarily or permanently close. Many people have opted to engage in outdoor activities like cycling and using Toronto parks and facilities as a way to cope with our new reality. As a result, local parks have seen an uptick of visitors, to a point where it is almost impossible to maintain the minimum of 2m physical distance whilst enjoying a bit of fresh air.

This led me to question whether or not there is enough park space for people to safely enjoy Toronto parks and facilities?

Is Toronto as 'green' as we claim?

While it is difficult to estimate how many people will visit parks at any given time, especially now, the World Health Organization (WHO) has created some pretty clear guidelines. Specifically, the WHO recommends that each person should, at minimum, have access to 9m2 of green space, with an ideal of 50m2 of green space. Many European countries incorporate this recommendation as part of their city planning.

Given that Toronto has a reputation for being “green,” how do we measure up against other major urban centres around the world?

According to the World Cities Culture Forum report, Toronto ranks 31st, with 13% of total green space in a list of 41 cities. The areas with the most green space are Oslo, Singapore, and Sydney with 68%, 47%, and 46% green space, respectively.

Does Toronto provide sufficient green space as recommended by the WHO? And, given that Toronto cityscape changes drastically from neighbourhood to neighbourhood, are there areas in Toronto that fare better with regards to green space? If so, where are they, and who lives there?

To start this analysis, I accessed the Toronto parks and greenspaces shapefile from the City of Toronto Open Data Portal, and the Forward Sortation Area (FSA) shapefile and population by FSA from Statistics Canada – all available through Namara (scroll to the bottom of this blog for links).

For reference, an FSA is a geographical region; it makes up the first three characters of a Canadian postcode. For example: in the postal code A0A 0A0, the FSA is A0A.

1. Does Toronto, as a city, provide the minimum recommended amount of green spaces per capita?

Answer: Yes! Overall, if we assume that green spaces are evenly distributed across all neighbourhoods, each person in Toronto enjoys approximately 44.33m2 of green space. However, if you have ever walked or driven around downtown Toronto, an average doesn't represent things perfectly. This leads me to my next question:


2. Is there an even distribution of green space among Toronto's land area? 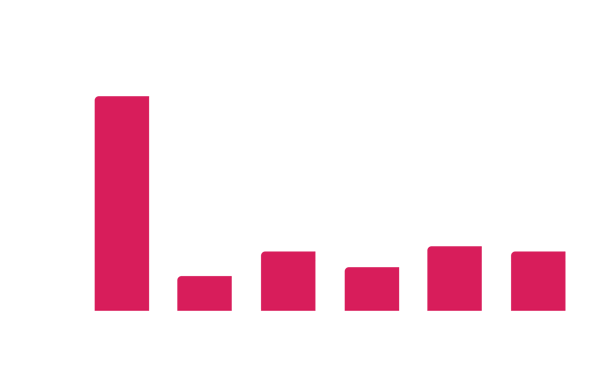 Below is a table of the best and worst areas in Toronto in terms of available green space:

Answer: Yes, there are pockets in Toronto that have more access to green space than others. In particular, there are several FSAs outside the downtown core that are lacking in green space, but not particularly dense. Now we have a new question to answer:

3. Who are the people living in areas with scarce green space? And what do these areas look like?

To understand a bit more about who are the people at the extreme's of Toronto's green space spectrum, I downloaded the Canada Census Profile dataset from Namara. Then, I started to paint a picture of the people living in these areas:

Looking at the data in this way, we start to see how people living in the best and worst FSAs in terms of green space start to differ.

Answer: People living in FSAs with the most green space tend to be slightly older, with slightly larger households, and with higher average household income. But the most striking difference between the two groups is the number of single detached homes. While the greenest FSAs boast an average of 3581 single detached homes per FSA, the least green FSAs average 622.

What the data tells us about green space

Green space is essential for psychological relaxation and stress reduction, the promotion of physical activity, and the minimizing the harmful effects of urban living.

What does this mean for the populations in not-so-green areas? Bluntly, they're going to have to work harder to enjoy a slice of nature at a safe distance from others. As it is still best practice to maintain physical distance, Torontonians will have to get creative in how they keep active, engaged, and relaxed this winter. Maybe we'll start to see #ActiveTOintheSnow.

If you wish to conduct your own analysis of Toronto green spaces, you can access the files here:

ThinkData offers a lot more data than that – over 250,000 thousand datasets from more than 75 countries around the world. Browse the Namara Marketplace now or request a consultation with one of our data experts to talk about external data.